Page to return in every unit, especially, last one -- The Whole Picture!

A genre is a division of a particular form of art according to criteria particular to that form. In all art forms, genres are vague categories with no fixed boundaries. Genres are formed by sets of conventions, and many works cross into multiple genres by way of borrowing and recombining these conventions. The scope of the word "genre" is usually confined to art and culture. In genre studies the concept of genre is often compared to originality. [wikipedia]

Aristotle speaks only about tragedy and comedy in dramatic poetry; so, we start with the comedy idea.

Shakespeare (last part in your textbook + comedy, in our case; we will get to Hamlet later): how do we direct it?

Mikado: you have three sample scene in a shows directory: Act II, Finale and Scene

Go to WWWilde directory for scene from The Importance of Being Earnest. And Gogol for Inspector General.

Exposition (genre must be established)

A French word literally meaning "kind". This is a type or style of art. Could be film, literature, painting, or music. [everything2.com search ]

[ if you want real analysis of "genre concept," read Bakhtin ]

Of course, you can mix genres, but you must know at any given moment where you are and how to play; when comedy -- the public must laugh, when tragedy -- cry.

Open the scene plain text into a new frame (or cut and paste) in order for you to write your own stage directing!

[ What if I need more help to work on my scene?

First, do your own search-research, this is a part of the job. Second, go to SHOWS directory and take a look at the notes I have. ]

The best is to do your work on the scene on your computer, because you will be redoing your mise-en-scene several times -- and it's easy to submit to the Directing Forum in electronic format.

How different the four comedies and how does it effect your conceptual exploration?

"theatre" [ encarta ] -- Directors assume responsibility for the overall interpretation of a script, and they have the authority to approve, control, and coordinate all the elements of a production. Since the 1860s in Europe, the presence of a single artist guiding all artistic or creative aspects of a production has been an accepted practice. Before that time, leading actors, theater managers, and playwrights staged plays, dictated financial matters, and made decisions on casting, scenery, and costumes. As these artist-managers gave greater attention to creating a unified artistic product on stage, the role of the modern director took shape. The efforts of Duke Georg II of Saxe-Meiningen in Germany, Andre Antoine in France, and Konstantin Stanislavsky in Russia defined the modern director's role as the single artist responsible for all creative decisions, resulting in a production that is a harmonious and unified entity.
Today, the stage director collaborates with the playwright, actors, designers, and technicians to stage a carefully crafted vision of life based upon his or her interpretation of the script. In all events, the director is the controlling artist responsible for unifying the production elements. The director works intensely with actors in rehearsals, helping them discover their characters' inner lives and project their discoveries vocally and visually to the audience. Directors vary in how they approach the interpretation of the script and the rehearsal process, but the final goal is the unified production. Audiences today experience a production largely through the director's imagination, making the director as distinct a force in the modern theater as the playwright. Notable 20th-century directors include Max Reinhardt and Bertolt Brecht of Germany, Jean-Louis Barrault and Ariane Mnouchkine of France, Elia Kazan of the United States, Peter Brook and Sir Peter Hall of Britain, Giorgio Strehler of Italy, and Ingmar Bergman of Sweden. 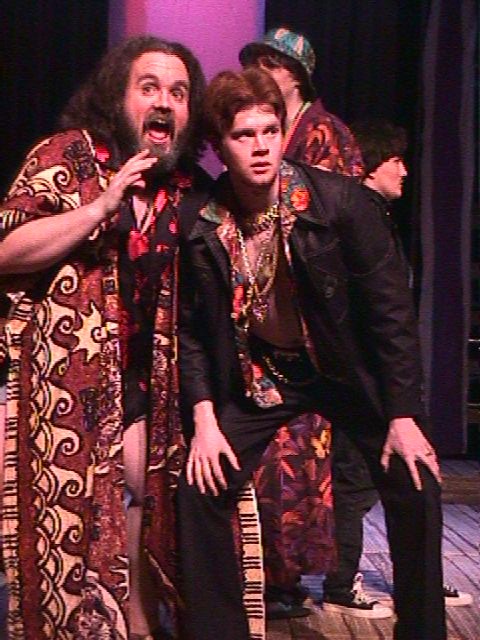 http://www.lagcc.cuny.edu/laramie/presentational-theater.htm : Presentational theatre emphasizes theatricality and acknowledges the theatre as theatre – there is no specific illusion as to Locations and Settings [ movies are representational ]