Here is the line of thought from The Book of Spectator. Of course, the order could be different and is different, depending on what I work on, but the components are always the same. Important to remember that ALL of them must be present, when you think about your show. I want to say that you, director, must learn how to exist simultaneously on all those levels. You should move between them easy, switching from one world to another to find the harmony of many voices (Bakhtin -- multivocal, poliphonic principle).

SELF
You go ahead and try to reverse this piramid, or change the places (I included the design into Directing). In fact, this is dynamic construction with the floating positions. But in this Part One we are talking about writing for theatre.

I am using the shows I directed. As the showcases for student-directors. I try to keep my notes before, during and after each production.

Part Two -- performers. Actor creates this 4D field around him, you, director, coordinate them, the dimensions and objects. The Chronotope.

In fact, they do it within the STAGE EVENT you create for each beat of acting on stage. This is why I call it "StageMatrix" or "StageMetrics" (depending what I want to stress).

Between Text, Actors and Stage (space) we arrange the Mise-en-Scenes (call it "staging" or "blocking").

Wait! When the Conceptualization begins?

Well, one way or another we have to start with the understanding of the scriptplays. If you never had Playscript Analysis, you should take a tour of Script Directory. For a good reason we ask directors to go through Fundamentals of Acting; you must know the play' structure and the actor's nature. At least, read the basics at 200X Aesthetics!

I have to mix play, actors and stage into one universe of spectator's experience. I need actors to connect the space with the text in order to get involve the public, because it is their space... but only potentially subjective. I start with my directorical exposition -- set, pre-show music, poster... the vision, or concept, as they say.

Exposition ---- Climax ----- Resolution
We have to find this 1-2-3 in every beat of action! In order for us to think about HOW to express it, we need to know WHAT is there. Is there only one answer? No, it depends on your interpretation, on what you are after...

What is "To be or not to be" monologue for you? Aha, here is the concept again! Ask questions. Is Hamlet about to kill himself at this moment? Strong choice. But why? What triggered it? Is ready to break with Ophelia? (The scene to follow). Does he suspect that she betrayed him? Capable of the betrayl? Be concrete as possible. Your actor needs it, to see, to feel. He can't be abstract.

I start my building on my own territory -- my own need for this story. I am public. What questions do I have about my own life, history, our present? What do I see in Hamlet that helps me understand myself? My problems can't be completely new, they have past, because there is future ahead of me. Oh, I have many partners already -- the playwright, actors, people, who will come to see the show. It has to be my story, our story -- this is how the fight with the playwright begins...

We have to become equal partners with Shakespeare, I must be his co-author, as much as the actors -- because his story is about to be "their" story, the people, who will experience the show.

Part I -- Basics
Chapter 1. Theatre & Life
2. The Nature of Theatre
3. The Role of the Director
4. Finding the Dramatic Action
Assignments & Summary

Part II -- Rehearsals
Chapter 5. Entering the World of the Play
6. Mindset
7. Those Powerful Words
8. These Things We Do
9. This Incredible Place
10. Rhythm

Part III -- Script
11. Analysis, Discovery and Images
12. The Rehearsal Unit
13. Life's Rhythms and the Scoring of the Play
14. The Concept Statement
Assignments & Summary

Part IV -- Style
15. An Intro to Style
16. Style and the Creative Process
17. The Theatre and Style
18. Ritual and the "Holy" Theatre
19. The Deceptive Challenges of Comedy
20. Comedy: Nuts and Bolds
21. Choosing Models and Labels
Assignments & Summary

Part V -- Working with Your Collaborators
22. Communicating with Actors
23. Memorization: The First of Five Golden Rings
24. Emotion, Gestation, Boarding and Function: The Other Golden Rings
25. Working with Playwrights, Designers and Others (Stage Manager)
Assignments and Summary

Part VII -- The Whole Picture
32. From Scenes to Plays
33. Rehearsal Progression
34. The Critic and the Director
35. Miracles, Changes and Basics
Assignments & Summary

Of course, there are non-scripted shows and many moment in every show are not based on the dramatic text, but in Fundamentals of Directing I do talk much about this kind of theatre.

Technique of the Drama: An Exposition of Dramatic Composition and Art by Gustav Freytag 0384168515

What do I need to know to direct?

Exposition as a mode of discourse

First "scene breakdown" round is to define the exposition, climax and resolution. Select the scene/monologue from the SHOWS directory or PLAYS online.

Dramatic Situation | Conflict -- One of the chief sources of people's absorption in stories, from time immemorial, has been their capacity to identify with people who are involved in conflicts. http://www.ksu.edu/english/baker/english320/cc.htm

A prominent theater director, Peter Brook of Britain, has said that for theater to take place, an actor walks across an empty space while someone else is watching. In this empty space, called a stage, actors present themselves in a story about some aspect of human experience. The actors, the audience, and the space are three essentials of theater. The fourth is the performance, or the actors’ creative work in production. The performance is very often a play—a tragedy, comedy, or musical—but it need not be. Theater performances include vaudeville, puppet shows, mime, and other forms of entertainment.

Anthropologists and theater historians trace the origins of theater to myth and ritual found in dances and mimed performances by masked dancers during fertility rites and other ceremonies that marked important passages in life. Early societies acted out patterns of life, death, and rebirth associated with the welfare of village tribes. Imitation, costumes, masks, makeup, gesture, dance, music, and pantomime were some of the theatrical elements found in early rituals. At some unrecorded time, these ceremonies and rituals became formalized in dramatic festivals and spread west from Greece and east from India. [Encarta]

Script Writing
Freytag's analysis of dramatic structure is sometimes represented by means of a visual aid known as Freytag's Pyramid.

1.1 Exposition (including inciting moment)
In the exposition, the background information that is needed to understand the story proper is provided. Such information includes the protagonist, the antagonistThis article refers to literary antagonists. For the biological meaning, see receptor antagonist . The antagonist is the character (or group of characters) of a story who represents the opposition against which the heroes and/or protagonists must contend., the basic conflict, the setting, and so forth.

The exposition ends with the inciting moment, which is the single incident in the story's action without which there would be no story. The inciting moment sets the remainder of the story in motion, beginning with the second act, the rising action.

1.2 Rising action -- During the rising action, the basic conflict is complicated by the introduction of related secondary conflicts, including various obstacles that frustrate the protagonist's attempt to reach his or her goal. Secondary conflicts can include adversaries of lesser importance than the story's antagonist, who may work with the antagonist or separately, by and for themselves. 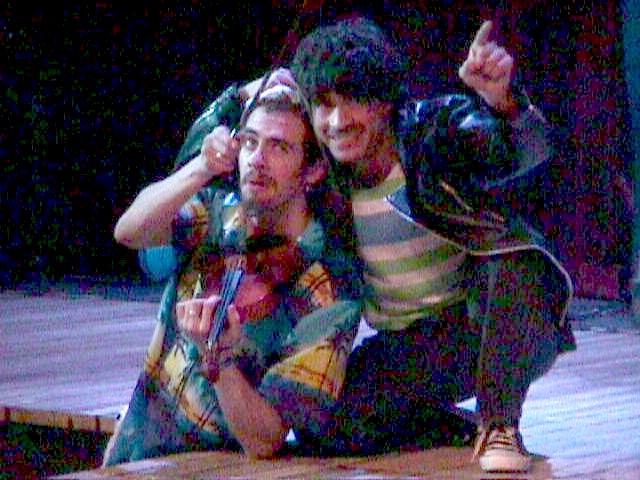 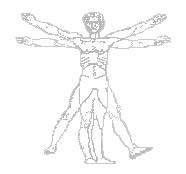