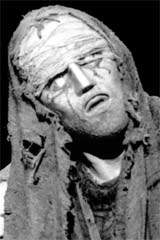 For actors -- I place the amazon links, read.

Directors must read what actors read!

Shakespeare for One: Women: The Complete Monologues and Audition Pieces by William Shakespeare, Douglas Newell (Editor)

Shakespeare for One: Men: The Complete Monologues and Audition Pieces by William Shakespeare, Douglas Newell (Editor)

How to Completely Blow Your Competition Away at Any Audition!: What by Caterina Christakos

Thank You Very Much: The Little Guide to Auditioning for the Musical Theater by Stuart Ostrow (Paperback - May 2002)

The Spirited Actor: Principles for a Successful Audition by Tracey Moore-Marable (Paperback - April 2002)

The Audition Sourcebook: Do's, Don'ts, and an Online Guide to 2,100+ Monologues and Musical Excerpts by Randall Richardson, Don Sandley (Paperback)

How to Get the Part...Without Falling Apart! by Margie Haber, et al (Paperback - October 1999)

The Perfect Monologue: How to Find and Perform the Monologue That Will Get You the Part by Ginger Friedman (Paperback - May 1998)

A Guide to Scenes & Monologues from Shakespeare and His Contemporaries by Kurt Daw, Julia Matthews (Paperback - April 1998)

Next!: An Actor's Guide to Auditioning by Ellie Kanner, et al (Paperback - January 1997)

The Audition Process: A Guide for Actors by Bob Funk (Paperback - April 1996)

Getting the Part: Thirty-Three Professional Casting Directors Tell You How to Get Work in Theater, Films, Commercials, and TV by Judith Searle (Paperback - September 1995)