How to use ShowCases directory (archives of the shows I directed or plan to direct):

1. Look through the listing (titles), not all directories are fully developed [ ]

2. Read virtual theatre pages: all my production since 1999 have vtheatre aims (in different aspects, even the instructional class pages are the part of this project).

3. All parts have artistic goals, i.e. the pre-production phase is the biggest.

Michael Chekhov (Routledge Performance Practitioners) Michael Chekhov was Stanislavsky's star student and a master acting teacher. Exiled from Soviet Russia, he made his way to England and then to the United States, spending his last years as an actor and acting teacher in Hollywood. Along the way he introduced countless students to his acting technique known most famously for it's "psychological gesture." Series editor Franc Chamberlain traces Chekhov's history and development, and lays a workshop-structured series of exercises for actors studying the Chekhov technique. Invigorating and insightful, the volume will help acting students to engage their imaginations and students to understand this fascinating man. ("Acting Lessons for Directors" I say). The Production Notebooks: Theatre in Process (Theatre in Process, Vol 1) Script Analysis for Actors, Directors, and Designers, Second Edition For serious theater students, Thomas teaches the skills of script analysis using a formalist approach, i.e. using a standard system of classifications to study the written part of a play, excluding such considerations as performance, scenery, or costuming.

Director Must Read. A lot!

A Dictionary of Theatre Anthropology: The Secret Art of the Performer

A Dictionary of Theatre Anthropology elucidates the nature of dramatic action and the actor's craft by examining the dramatic event cross-culturally. More than just a dictionary, this is a handbook for theatre practitioners and a guide for students and scholars of transcultural performance. Delving into the underlying principles of technique in both Occidental and Oriental traditions, A Dictionary of Theatre Anthropology aims to expand our knowledge of the possibilities of the scenic body, and of the spectator's response to the dynamics of performance. The result of ten years' research, the dictionary is lvishly illustrated with photographic essays as well as drawings and diagrams. Go to HamletDreams and Shakespeare pages in Script Directory.

American Avant-Garde Theatre There are fascinating discussions and illustrations of the productions of Living Theatre, the Wooster Group, Open Theatre and Performance Group, among many others. Aronson also examines why avant-garde theatre declined and virtually disappeared at the end of the twentieth century.

The Russian Theatre After Stalin

This is the first book to explore theater in Russia after Stalin. Through his work at the Moscow Art Theatre, Anatoly Smeliansky is in a key position to analyze contemporary events on the Russian stage and he combines this first-hand knowledge with valuable archival material. Smeliansky chronicles developments from 1953 and the rise of a new Soviet theater, highlighting the social and political events that shaped Russian drama and performance. The book also focuses on major directors and practitioners and contains a chronology, glossary of names, and informative illustrations. Vsevolod Meyerhold (Directors in Perspective) This book traces the career of the Russian revolutionary theater director, Vsevolod Meyerhold, from his early years as a founding member of the Moscow Art Theater with Stanislavsky and Nemirovich-Danchenko, through his Symbolist period, his experiments with commedia dell'arte and other popular forms, and his glittering triumphs in the tsarist imperial theaters. Leach examines Meyerhold at the height of his fame and influence after the Russian Revolution and during his demise in the Stalin era. He describes in detail Meyerhold's "system" of theater, which involved the audience, the place of the forestage, "biomechanics" and actor training, and the mise-en-scene. An exploration of Meyerhold's legacy, which can be detected in the work of Brecht, Eisenstein, Peter Brook and others, concludes the study. 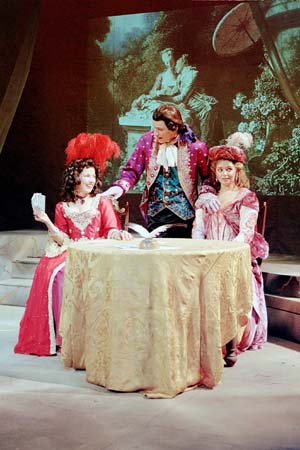