Ben : Danny and the Deep Blue Sea received its professional premiere at Actors Theatre of Louisville in February 1984.
I Am The Real Thing A Conversation with Playwright John Patrick Shanley http://www.secondstagetheatre.com/danny/danny_interviews.html
MEL GUSSOW NYT : AS a Bronx variation on ''Beauty and the Beast,'' John Patrick Shanley's ''Danny and the Deep Blue Sea'' could be called ''The Beast and the Beast.'' A man and a woman, both lonely outcasts, meet in a bar. He is violent and possibly homicidal, she is tormented and possibly suicidal; each is transformed by the love of the other. ...

Craig : Power Lunch is a play by writer/director Alan Ball
best known for writing the screenplay for the Oscar-winning film American Beauty, and for creating the HBO original drama series Six Feet Under.

A few notes on student-directors.

They have to take my THR331 Fundamentals of Directing before they can apply (proposals) to our Student Drama Association (SDA) for directing (plus, must stage manage one show).

I should have this page way back, because it's one thing to direct scenes for class (finals are on public), another -- for paying public, running shows two weekends!

They are weak in "space arrangements" (mise-en-scene). More exerc., in class. Samples on webpages.

Novice director can get only that much from student-actors; therefore the focus must be on directing the script into "stage languages"!

Ensemble (working with actors and text) =

* "Pre-production period" -- they start working on their shows too late. They should "live" with the script for a year (at least).

[ Student-Directed One-Acts Proposal (form) : Students who have successfully completed the 331 Fundamentals of Directing class are eligible to apply for directing a one-act production in the Lab Theatre. ]

* Each student is responsible for selecting base resource materials or playscript for performance and then overseeing the entire production and staging process through to, and including, presentation of the finished product.

Skill requirements:
1. Experience in practical theater production, especially in stage directing and stage managing.
2. Background in dramatic literature and general knowledge of styles and periods.
3. Some organizational experience in coordinating of production phases, scheduling, etc.
4. Preferably enough experience in design and actor training to allow for some coaching in these areas.

Stage Directors are individuals working in the art and craft of communicating in a space (the stage) and time (the theatrical experience).This category houses sites of currently active Stage Directors, that is directors engaged in the art, looking for work, or working in projects. These sites represent a Stage Director's work, careers, resumes, philosophies and/or online professional portfolios.
http://www.combose.com/Arts/Performing_Arts/Theatre/Directing/Stage_Directors 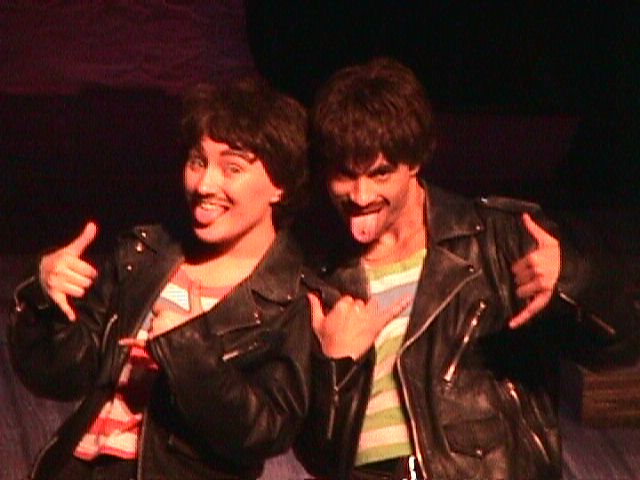 * Casting: Before a production is filmed or staged, directors undertake auditions to select actors for parts. They also select set designers to create and design the perfect setting (eg. minimalist or period setting) and technical staff such as the camera, lighting and sound technicians. The director must be confident that these people can make his or her production come to life and complement his directing style. Another early job is to decide where the production is to be filmed, staged or recorded.

* Directors, as the name suggests, are responsible for providing artistic and technical direction to film, stage, television and radio productions. From start to finish, a director has control over all areas of production, including casting, lighting, sets and costumes. Even though there is typically a lighting or costume director on board, basically the buck stops with the director.

* Most stage directors do not realize how well equipped they are to direct film. Blocking, timing, storytelling and working with actors are all essential directing skills that many film directors lack. Why not start a theatre group with a few close friends (like Steppenwolf in Chicago, or Second City in Toronto) and build a reputation for exciting stage shows. Invite reviewers and agents, and wait to be discovered by a producer,or turn a stage show into a movie yourself. Examples: Sam Mendes, Stephen Daldry, Andrew Shea.

Faculty supervision (my note to a student-director, sample):

Should the preshow music go over the beginning?

Carol's reaction -- oh, he is on the phone again (bigger, she throws something away).

He is not listening to her (reading the paper).

Comedy to be established right away -- where is the "first joke"?

I talked to Carrie, maybe she could help your with actors (the two are not comfortable with each other, intimacy).

Let her to be more physical with him. Should Holly play the audience? No forth wall.

Move Holly behind the sofa, not in front (and th sofa further back, the side audience can't see the mise-en-scene and actors).

The ending is weak... [important] Maybe a wink to the public from Holly?

"I am beautiful again" -- self-examination, discovery, the stages of her reaction.

Fool for Love (Shepard) + Beyond Therapy (Durang) [ in class ]

[ forms ] "The Handbook for One-Act Play Directors, Critic Judges and Contest Managers and A Guide for (UIL) One-Act" [!]

* All scripts and texts on this site are intended for educational purposes only * contents * google.com/group/directing * my director's notes blog * directing (google reader) * my notebook THEATRE * my.times * igoogle * my.yahoo * my spaces * groups.myspace.com/stagematrix | knol.google.com/k/anatoly-antohin