Saw no relationship between art and life

Believed theatre to be a sacred dance
Viewed the script to be an excuse for creativity not dominant and unalterable
Theatre as ritual
Commissioned Alexander Exter to design sets and costumes after "Last Futurist Exhibiton of Pictures 0.10" "Synthetic Theatre" The integration of set, costume, actor and gesture
Further experimentation with theories of audience participation

"He helped develop the functional 'constructivist' setting, a bare, multilevel scaffolding devoid of traditional decorative scenery. His approach to theatre was stylised and anti-realistic and was diametrically opposed to that of the followers of actor-director Konstantin Stanislavsky" -- Encyclopaedia Britannica.

Notes of a Director by Alexander Tairov, translated by William Kuhlke University of Miami, 153 pp., $6.50

The Russian Theatre by Oliver M. Sayler; Brentano's, 1922
- Chapter IX. The Kamerny, a Theatre of Revolt

"... The curtain at the Kamerny is the first omen of what lies ahead, for the auditorium, the reception hall of a remodelled club house, is lacking in distinctive features. In Russia as everywhere else in the world, the theatre of the secession has to be content with meager physical equipment until it has firmly established itself. The curtain, however, seizes the eye and blots out all other aspects. It is a bold study in the grotesque by Alexandra Exter. Black and gold are its dominant colors, although the painter has not slighted the remainder of her palette. Facing inwards at the centre are two monsters -- a goat and a leopard, perhaps, standing on their hind feet. Facing outward are two equally eery demons -- one a peacock and the other the swan's progenitor, it may be. The rest is a background of distinct post-impressionist or even cubist humors..."

- Chapter XI. A Bacchanale and Some Others at the Kamerny

ALEKSANDR JAKOVLEVICH TAIROV [b. Aleskandr Komblit, June 24, 1885, Romny, Poltava, Ukraine; d. September 25, 1950, Moscow]. Aleksandr Tairov began his career as an actor at the Komissarzhevskaya Theatre in St. Petersburg in 1906 under the direction of Vsevolod Meyerhold.* Rejecting Meyerhold's emphasis on the director and designer over the actor, Tairov left after less than a year, joining small companies in the provinces as an actor and director. In 1913, he briefly joined the Free Theatre in Moscow, where he met his wife, leading lady, and collaborator, Alisa Koonen. In 1914, Tairov and Koonen opened the Kamerny (Chamber) Theatre with a production of Kalidasa Sakuntala, designed by Alexandra Exter.

At the Kamerny, Tairov created a unique production style called "synthetic theatre." This theatre would combine the elements of music, design, and movement into a single statement to serve the actor. Tairov believed the actor must become a highly trained artist, versed in all aspects of performance, and he opened a school in 1920 to develop actors who were as well-trained and disciplined as ballet performers. Equally important, this new actor would recognize the collective nature of theatre and submit voluntarily to the guidance of the director's vision. In design, Tairov used major artists of the avant-garde to create the production elements in a unified, usually cubist, style. His most important artistic collaborators were Alexandra Exter, Aleksandr Vesnin, Natalie Goncharova, Georgi Yakulov, and the Sternberg brothers. Musical accompaniment was created for each play, and movement was choreographed to follow the demands of the aural and visual elements. Tairov believed that he could best demonstrate his methods through classics and fairy tales, and his production of Racine Phèdre ( 1922) became the culmination of synthetic theatre.

The Kamerny was named an "Academic" (State) Theatre in 1920, but Tairov was coming under increasing criticism for formalism, for lacking contemporary works in his repertory, and for believing that art was independent of politics.

In response, Tairov wrote Notes of a Director ( 1921), in which he outlined and defended his practices. Meanwhile, the Kamerny became the most prominent Soviet theatre in the West because of its tours in 1923, 1925, and 1930.

After his first tour, Tairov began to stage contemporary works, beginning with G. K. Chesterton The Man Who Was Thursday ( 1924). Throughout the 1920s, Tairov became the greatest exponent of Western drama in the Soviet Union, staging among other plays, Bernard Shaw Saint Joan ( 1924), Eugene O'Neill The Hairy Ape ( 1926) and Desire under the Elms ( 1926), and Walter Hasenclever's Antigone ( 1927). In 1930, he staged the first production of Bertolt Brecht* outside of Germany, producing The Threepenny Opera. Tairov was unfortunate in his choices of Soviet works, however, and except for his production of Alexander Ovstrovsky The Storm ( 1924), plays such as Mikhail Levidov's The Conspiracy of the Equals ( 1927) and Mikhail Bulgakov The Crimson Island ( 1928) were roundly condemned.

During the 1930s, Tairov directed numerous unsuccessful Soviet plays, but achieved success with Vsevelod Vishnevsky An Optimistic Tragedy ( 1933). It became the most successful socialist-realist play, and won the title "People's Artist" for Tairov. But with the staging of Alexander Borodin The Epic Heroes ( 1936) and growing criticism of Tairov's formalism, the Kamerny was merged for an unsuccessful year with the Realistic Theatre of Nikolai Okhlopkov* in 1937. In 1939, the Kamerny went on an extended tour of the Far East, missing the worst of the purges that claimed Meyerhold. Returning to Moscow briefly in 1940, the Kamerny had tremendous success with Madame Bovary, but was evacuated to Siberia during the war. In 1945, Tairov received the Order of Lenin and staged Vishnevsky new play, At the Walls of Leningrad. After the war, Tairov's last major production was Maxim Gorky The Old Man ( 1946), staged with Lukyanov. In 1949, the Kamerny was closed, and Tairov was assigned as an assistant director at the Vakhtangov Theatre. He was awarded a pension in 1950 and began his autobiography, but he died soon after.

"The 20th century knew five great directors who laid the foundations of modern theatre of Russia. Stanislavsky and Nemirovich-Danchenko and their two followers Meyerhold and Vakhtangov. And Tairov, a dilettante who was nobodys follower and launched the unique Chamber Theatre, which showed the world as a unity in variety and proclaimed the value of personality, and whose productions were mostly described as brilliant. Though the theatre and the director have been gone for more than half a century, there still remains a mystery."
ALEXANDER TAIROV, THE DEMON OF THE STAGE ***

The Russian Theatre After Stalin

This is the first book to explore theater in Russia after Stalin. Through his work at the Moscow Art Theatre, Anatoly Smeliansky is in a key position to analyze contemporary events on the Russian stage and he combines this first-hand knowledge with valuable archival material. Smeliansky chronicles developments from 1953 and the rise of a new Soviet theater, highlighting the social and political events that shaped Russian drama and performance. The book also focuses on major directors and practitioners and contains a chronology, glossary of names, and informative illustrations.

Get Site Info "We were captivated by the possibility of being the first to make contact with secrets and manners of Indian theatre." Alexander Tairov

A critically acclaimed theater event in the beginning of the century in Russia was the opening of the Kamernyj theater in Moscow in 1914. While much has been written about the director of Kamerny, Alexander Tairov, few scholars have explored the motivation behind Tairov's bold selection of Sakuntala, a play written by the Indian poet and playwright of the IV century, for his opening night.

The first part of this paper traces the fate of Kalidasa's play Sakuntala from its first translation into Russian by the official historian of the eighteenth-century Russia, Nikolaj Karamzin, to its appearance on the Kamerny as the opening play. It is significant to note that several leading Russian poets incorporated themes from Sakuntala into their work. The translation used by Tairov was done by the well-known Russian symbolist Konstantin Bal”ämont.

The second and concluding part of the paper deals with Tairov's production of Sakuntala, its significance as a symbol of Tairov's synthetic theater and the differences in the dramatic treatment and its reception in Russia and Western Europe. The comparison will briefly explore categories like character portrayal, interpretation, costumes and the nature of translation. 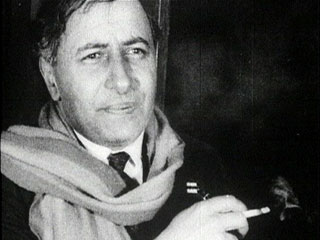 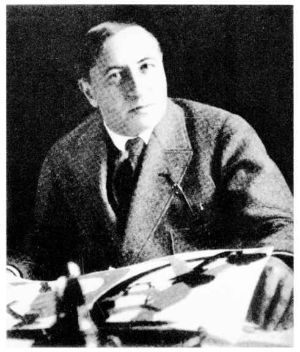